Ashley had another near death experience this weekend. We came out to do the morning chores and found her cast (on her back, unable to upright herself) against the shed wall and had kicked out the bottom board in an effort to right herself. I have written about this before and when a sheep casts, it doesn’t take but an hour for them to die. By the time we found her she was barely breathing, eyes closed and lifeless. 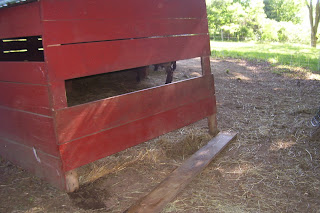 We got her quickly on her feet, gave here an gentle rubdown and let her be while the rest of the flock had morning hay. 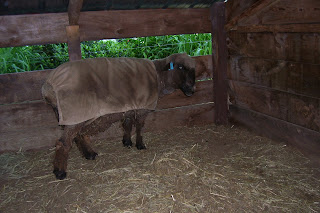 She stood around for a good half hour very quiet. Wouldn’t you!? After the flock went out to graze she stayed behind and I gave her grain. That put her up and over and within a few minutes she started chewing cud. That’s the best sign as then I know her rumen is functioning properly. By late morning she was grazing once again. That girl has nine lives alright. 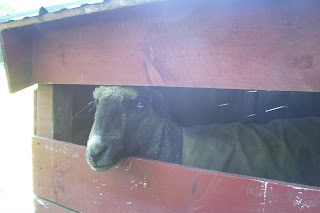 Yesterday we got another 90 bales in the barn from first cut. We have added a source for our hay so we aren’t cut short by the end of the season. 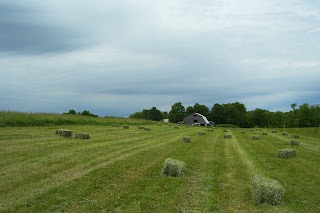 It was a stunning afternoon as we drove along through the field picking up bales. There were Bobolinks everywhere, hopefully not having had their nests damaged. The drawback to spring haying is the field wildlife can be disrupted. This was a close as I could get to a Bobolink. What adept flyers they are! 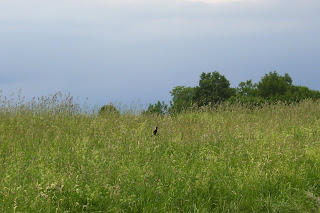 This morning I moved the sheep to the near field for the week. We took it slow this morning so they could poke along and check out the sights of the barnyard, grab a mouthful of honeysuckle bush, sniff Sidney and look around. As we headed toward the machinery barn they knew where to go and I stayed behind them as they filed right out to morning hay and new pasture. 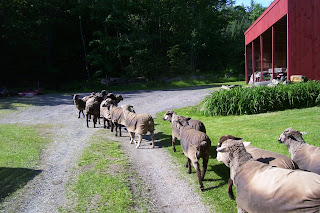 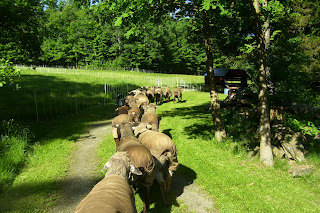 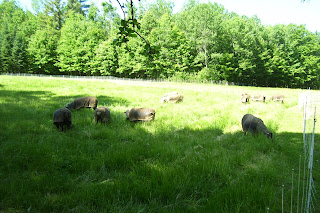 Ashley stayed behind as they entered the field and I gave her a cup of grain. She’s managing just fine! 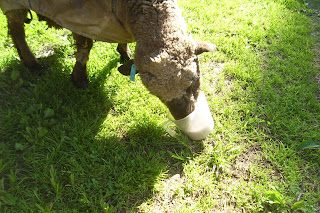 Sadly, one of our hens died yesterday. I thought something had been wrong with her earlier in the spring and then she seemed to get better. But all day Saturday she didn’t even leave the coop and hung by the waterer. I thought she might just have a bug of some sort but when I let the hens out Sunday morning, she had passed away. It’s so sad, regardless of the species, when we lose a friend on the farm. She was a happy hen and had a good life while she was here. That’s to be thankful for.