our pasture is home to a granite podium of sorts. an outcropping.
this summer it was seat for India Flint in the mornings at her workshop
as she told tales from around the world, delighting listeners all.
thoughts of India’s return to teach and tell more stories
next summer takes the chill away.. 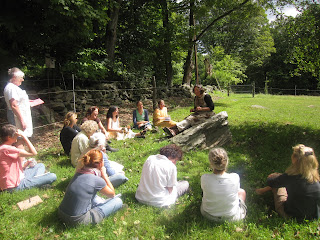 during the winter months the same granite serves for sheep to tell their tales to the flock,
this year especially as we have had little snow of late so they can wander some.
today Griffin is perched atop the podium having gathered his family and friends..
he is asking Della who quietly is waiting by the apple tree
if she’ll tell Griffin’s favorite story. 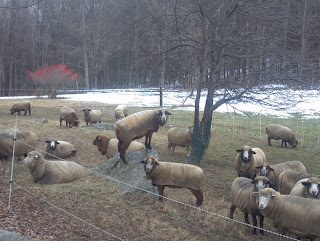 “If you lie down and chew your cud,
I’ll tell you a story,” said Della, a ewe
with the gift of Eternal Patience. 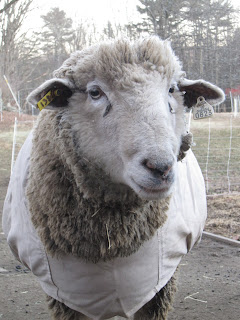 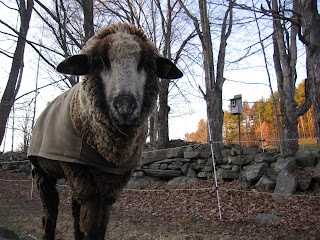 trotted across the pasture to the apple tree where Griffin
was leaping around Della and poking her with his nose.
“Now lie down,” said Della, gently.
“I’d rather stand on your back, if you don’t mind,”
said Griffin politely, trying out this precarious position
with interest.
“Very well,” said Della, “but you must be still.”
She cleared her throat.
“Once, not long ago, four great adventurers held council
on top of the Middle Mountain in the sky….”
and so Della told the story again, to Griffin’s joy…
How the Lambs Came to Live at the Farm
written by our dear friend Katie Scrafford.
and to learn how you can hear India’s tales
next summer here at the farm visit
Long Ridge Farm
such stories live in the hearts of all of us at Long Ridge Farm and beyond..
0
0
Your Cart
Your cart is emptyReturn to Shop
Continue Shopping