Looking back across our June and first half of July: it was a test of one’s patience and creativity as the rains came. It was a deluge, day after day after day. Here is the flock holed up in one of the pasture sheds waiting out yet another storm. It was a long four weeks of endless rain. 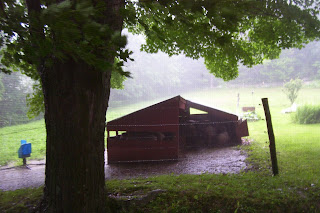 But the skies finally cleared the first week in July, we bedded their loafing areas with straw to ease the flock’s discouragemnt with the sodden ground and they instantly settled in and never looked back at June. Here they are back on the pasture where they were holed up a few weeks prior. 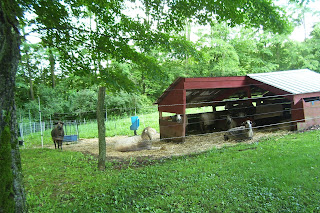 One thing that has been good is the pastures have grown by leaps and bounds. We finally were able to get some second cut in the second week in July, here it is waiting for us to load into the barn. 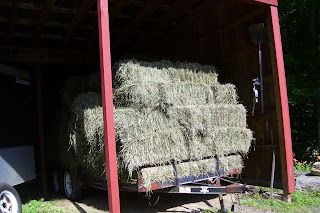 Webster finally could enjoy the front stoop with his girlfriends. 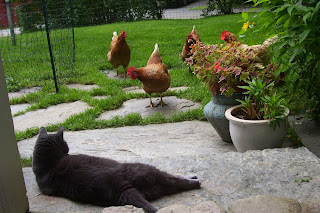 Then the annual renovation season began. We had some pressing issues with the big barn and the house that needed attention. The big barn which is our lambing barn as well as the barn we use for hay storage and shearing times and also just times when we need to treat or care for a certain sheep was in need of a new sill, ramp area and new windows. Our favorite contractors, Courtlan Construction, once again took to the task and voila! Safe and sound. 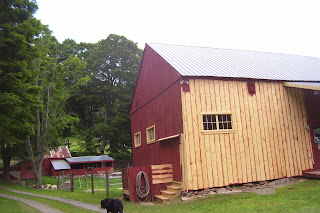 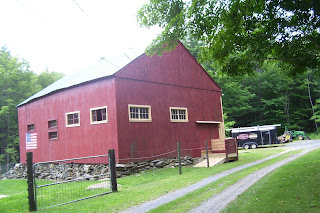 They have also been plugging away the past couple of years at my studio building and this year provided me a second floor, high in the treetops for more storage and office space. It is devine! 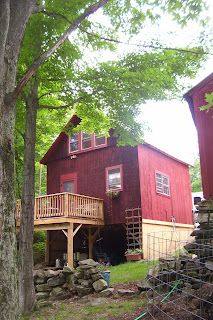 Then the back of our home was really struggling with some sill rot and had to be addressed. They tore off the old clapboards and are working on the repair as I write. New sills, insulation and fresh clapbords. They will address the moisture issue so we don’t have to revisit this in our lifetime. 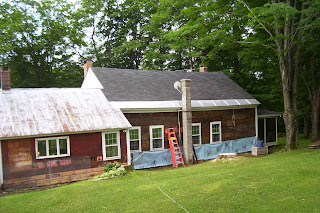 I love to watch this crew work. Not only are they great at what they do but also they throw a good sense of humor into the day. One of the guys found this pair of old shoes, one inside the other, stuffed into the cavity of the wall amid the insulation. Any ideas what vintage they are? 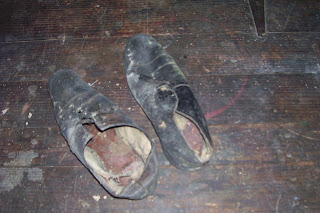 Last weekend Faith brought her beau Brian home to meet us. They live in Arizona and we hadn’t had the chance to meet him. Brian is a self-proclaimed unhandy man so we had quite a few laughs as he spent the weekend here on the farm where everything needs a handyman! He went four-wheeling with Jack out on our land and they had a ball. It was so great to have them both here for a visit. 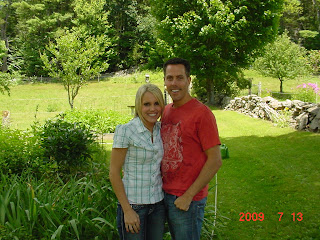 On Faith and Brian’s last day, bright and early in the morning, the tree crew arrived to take 3 great big trees from around our house. As we watched the crew cut the trees from top to bottom and feed the limbs into the chipper, Brian said “Now that’s the definition of a handy man!” For three good reasons the trees had to go. Too close to the house from a safety standpoint, too much shade out front and too much shade behind the house which was a large part of our sill rot on the backside. 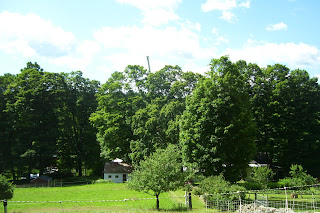 Excuse me, this is our front yard! 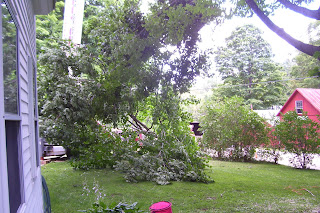 Here is Ashley enjoying her own private pile of hay and wearing it too! 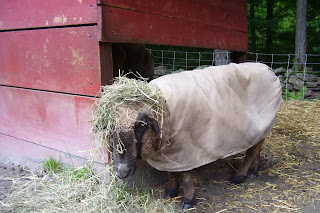 I am leaving shortly for the annual week in Seattle working at Earthues studio on some fresh concepts and color excursions. The week looks to be perfect weather in the Pacific Northwest and I am most excited! I will do my best to get a few posts out while I am out there.
Enjoy your week wherever it takes you!